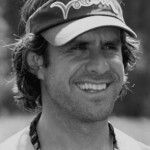 Stephen Grynberg is a writer and independent filmmaker living in Santa Monica, California. Love From Ground Zero marked Stephen’s debut as a feature film director in 1998. In 2005, Mr. Grynberg created a documentary film and video installation entitled Past Forward as part of the large scale art project, Envisioning the Future curated by renowned artist Judy Chicago. Mr. Grynberg currently has an award-winning documentary A Life Ascending in distribution around the world. The film chronicles the life of acclaimed ski mountaineer and mountain guide Ruedi Beglinger. It follows his family’s unique life in the mountains and their journey in the years following a massive avalanche that killed seven people. In addition, Mr. Grynberg has a number of other narrative and documentary projects in development. Mr. Grynberg has a degree in film directing from the American Film Institute, an MBA from the Columbia University Business School and a B.S. in Chemical Engineering from Northwestern University. 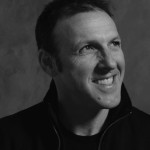 Mauro Fiore was born in Marzi, Italy and moved to the U.S. with his family in 1971. He attended Palatine High School in Palatine, Illinois, and graduated in 1982. He went on to receive his B.A. from Columbia College Chicago in 1987. Fiore has worked on over twenty feature films, including The A-Team, Training Day, The Island, Tears of the Sun, Smokin’ Aces, The Kingdom, Faceless, Highway, The Center of the World, Driven, Lost Souls, Get Carter, and Billboard Dad. He is most notable for his work in the 2009 film Avatar for which he won the Academy Award for Best Cinematography at the 82nd Academy Awards. 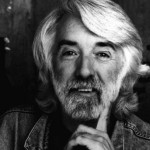 A founding member of the Nitty Gritty Dirt Band, John McEuen has continually performed since 1964 – 8,500 concerts and 300 television shows throughout more than 3 million miles – both with the band and as a solo performer. Beyond performing, he has a rich history of creating, producing and preserving original and traditional folk and acoustic music, and taking it to new audiences. McEuen has made over 40 albums (6 solo) that have earned four platinum and five gold recognition awards, Grammy nominations, CMA and ACM awards, an Emmy nomination, IBMA record of the year award, and performed on another 25 albums as guest artist. He’s also produced more than 300 concerts throughout his career – the first in 1965 in Long Beach California, with Bob Dylan. 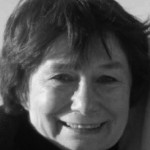 An Emmy award winner, Mali Finn established her own casting firm in 1989 and began her climb to the top of her profession. In her career, she cast The Untouchables, The Matrix, Mission Impossible, The Green Mile, 8 Mile and Titanic. She is credited with kick-starting Leonardo DiCaprio’s career by casting him in Titanic and for casting Russell Crowe in L.A. Confidential. She won 2 Artios Awards for Best Casting for TV Movie of the Week (61) and for a Feature Film (L.A. Confidential). She also won an Emmy Award for Outstanding Casting for a Miniseries and was nominated for another Emmy in 1995 for Outstanding Individual Achievement in Casting for Indictment: The McMartin Trial. Mali passed away in 2007 leaving a large void in the film world where her blend of humor, integrity and professionalism were unsurpassed.